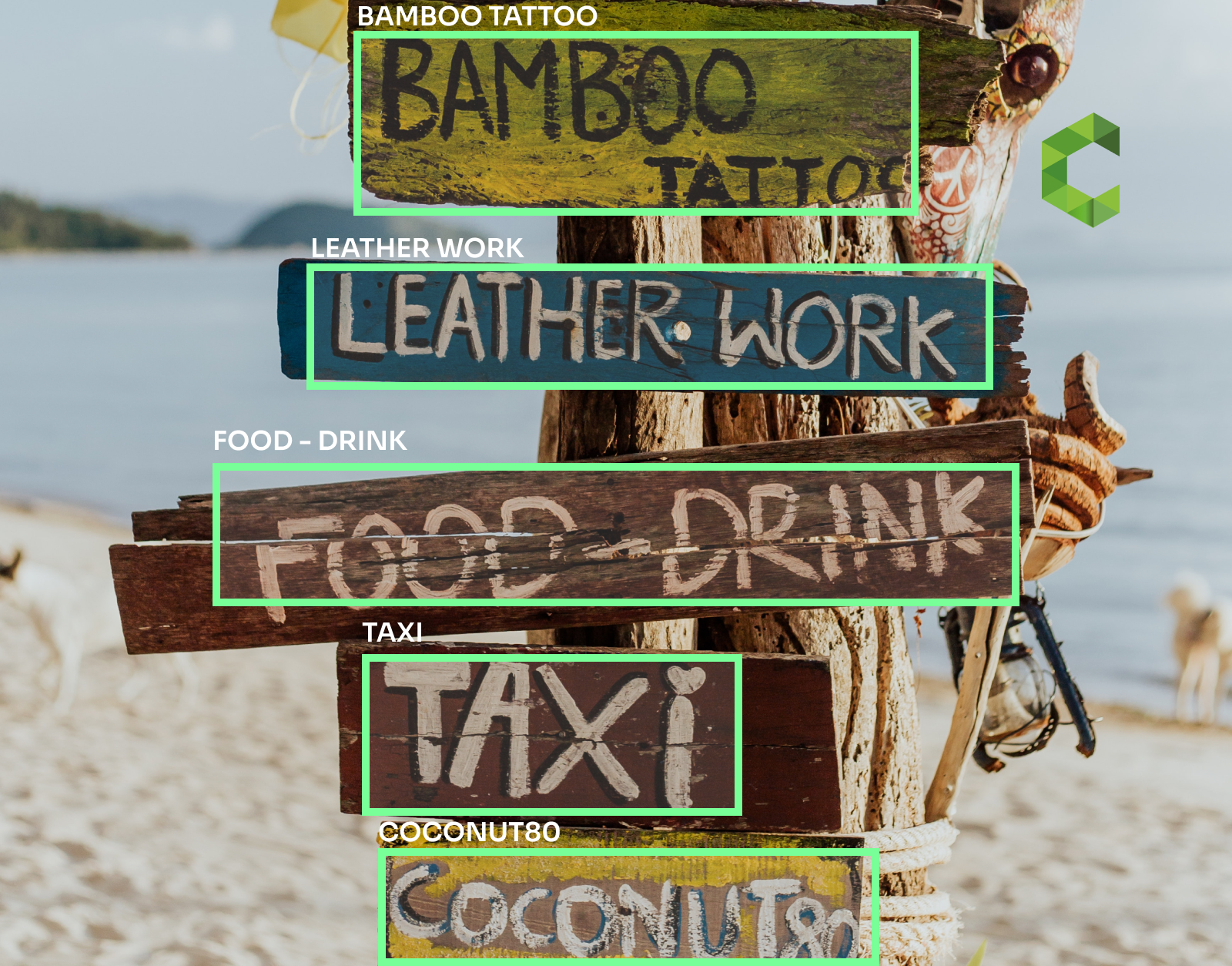 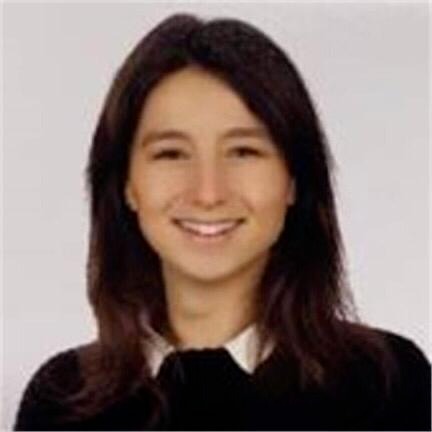 The process of converting a text image into a machine-readable text format is known as optical character recognition (OCR). For example, when you scan a form or receipt, your computer saves the scanned content as an image file. A text editor cannot be used to edit, search, or count words in an image file. You can, however, use OCR to convert the image into a text document, the content of which is saved as text data.

It can be explained in short as converting printed or handwritten text into a digital format by image processing. If you would like to discover how image processing works technically, you can check out our latest blog post: "BASIC IMAGE PROCESSING APPLICATION." However, if you are looking for a definite guide on Optical Character Recognition (OCR), you are at the right place!

Before you continue reading the blog, if you are looking for a simple text recognition app, try Cameralyze Text Recognition now!

OCR comes on the top list of important research areas in artificial intelligence, pattern recognition, and computer vision. In addition, OCR has emerged as a mature technology and one of the most deep-seated areas of artificial technology research.

Ray Kurzweil founded Kurzweil Computer Products, Inc. in 1974, intending to develop an Omni- font OCR optical character recognition product that could recognize text printed in virtually any font. He determined that the best application of this technology would be a machine-learning device for the blind, so he built a text-to-speech reading machine. Kurzweil sold his company to Xerox in 1980, which was interested in commercializing paper-to-computer text conversion.

While digitizing historical newspapers in the early 1990s, OCR technology became popular. Since then, technology has advanced significantly, and today's solutions can deliver near-perfect OCR accuracy.

Now that we've covered the deep-rooted history of OCR technology, let's take a closer look at what OCR really means.‍

What is Optical Character Recognition?

OCR is a very popular method of digitizing printed texts. Thanks to that, they can be electronically edited, searched, stored more compactly, displayed on-line, and used in machine processes, for example, cognitive computing, machine translation, (extracted) speech, or any suitable documentation.

You can see an example of OCR Optical Character Recognition from the image below;

The key advantage of optical character recognition (OCR) technology is that it simplifies data entry by allowing for simple text searches, editing, and storage. OCR enables businesses and individuals to store files on their computers, laptops, and other devices, ensuring that all documentation is always available.

Besides, other main advantages are as follows;

What is Scene Text Recognition (STR)?

STR enables the reading of road signs, billboards, logos, and printed objects such as text on shirts, paper bills, and so on. Self-driving cars, augmented reality, retail analysis, education, devices for the visually impaired, and other practical use cases are examples of STR applications.-

What is the diﬀerence between OCR and STR?

When we look at the diﬀerence between the OCR and STR, we cannot say that there are significant differences, but at a critical point, OCR and STR diﬀer from each other; when compared to STR, optical character recognition (OCR) can be used when text attributes are provided in a consistent input format. As a result, STR can read the text in a variety of font styles, text shapes, illumination, orientation, occlusion (partially hidden text), and camera conditions.

It is an undeniable fact that scene text recognition is required to read Text with AI algorithms in real-world scenarios involving extremely diﬃcult, natural environments with noisy, blurry, or distorted input images.

A scanner is used in optical character recognition (OCR) to process the physical form of a document. After all, pages have been copied, OCR software converts the document to two-color or black-and-white. The scanned-in image or bitmap is analyzed for light and dark areas, with dark areas identified as characters to be recognized and light areas identified as background. The dark areas are then searched for alphabetic letters or numeric digits. This stage usually entails focusing on a single character, word, or block of text at a time. Following that, characters are identified using one of two algorithms: pattern recognition or feature recognition.

Feature detection takes place when the OCR uses rules to recognize characters in a scanned document based on the features of a specific letter or number. A character's features include the number of angled lines, crossed lines, or curves. For instance, the capital letter "A" is stored as two diagonal lines intersected by a horizontal line in the middle. When a character is recognized, it is converted into an ASCII code (American Standard Code for Information Interchange) that computer systems can use to perform additional manipulations.

An OCR program examines the structure of a document image as well. OCR divides the page into elements like; text blocks, tables, and images. The lines are divided into words, which are then divided into characters. After identifying the characters, the program compares them to a set of pattern images. The program displays the recognized text after it has processed all possible matches.

Converting printed paper documents into machine-readable text documents is probably the most well-known implementation of optical character recognition (OCR). After OCR processing, the text of a scanned paper document can be edited with a word processor for instance Microsoft Word or Google Docs.

OCR is frequently used as an unnoticed technology, powering many well-known systems and services in our daily lives. Data-entry automation, assisting blind and visually impaired people, and indexing documents for search engines, such as passports, license plates, invoices, bank statements, business cards, and automatic number plate recognition, are all important — but lesser-known — applications for OCR technology.

Scannable documents can now be integrated into a big-data system that can read client data from bank statements, contracts, and other important printed documents thanks to OCR text recognition. Organizations can use OCR to automate the input stage of data mining rather than having employees examine countless image documents and manually feed inputs into an automated big-data processing workflow. OCR software can recognize text in images, extract text from images, and save text files in jpg, jpeg, png, bmp, tiﬀ, pdf, and other formats.

AI plays a huge role in transforming visual data into valuable output. As we mentioned while explaining the OCR optical character recognition technology, you can get rid of the manual workload and increase productivity by choosing to use AI-based technology solutions that used to be done manually. See now how it works with Cameralyze

How can Cameralyze help you?

Cameralyze allows you to maximize the value of your visual data. Oﬀers the most advanced solutions of image processing technology, it allows you to benefit from solutions such as Face Recognition, Emotion Recognition, Object Recognition and so on. Processing your image data has never been easier! They have gathered thousands of solutions for you on a single platform. Start maximize the value of your visual data and minimize your cost! Thanks to the Cameralyze no-code platform, you can build the application you want in minutes for image processing and send your analysis results easily thanks to the ease of integrations such as Slack, Google drive, or Google sheets.

Wondering how it works? You can sign up and try it for free.