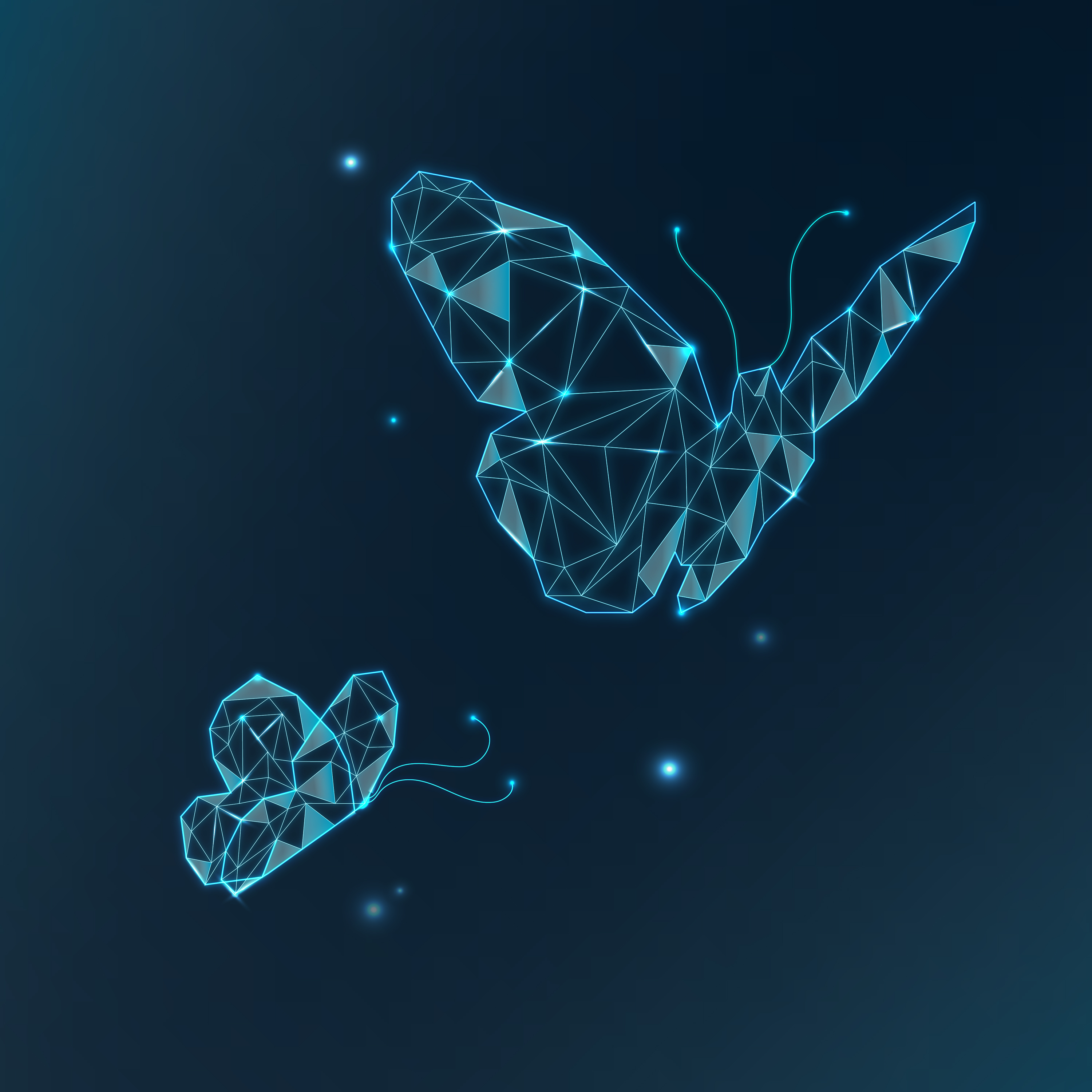 How Does Image Recognition Benefits Businesses?

In this article, we will discuss how image recognition technology benefits businesses and go through different applications from different sectors

By the end of the 21st century, the benefits of software technologies have reached even the most minor details of our lives. We see with new news daily that artificial intelligence solutions are on an incredible rise. With the development they have shown, it has found a place for itself in every field, from transportation to energy, data analysis to image processing... So, was it possible for businesses not to benefit from this? It was easy to see that using AI fordifferent applications or processes of companies was inevitable. In thisarticle, we will go through image recognition and its benefits for businesses.

Firstly, let's mention what image recognition is and how it can change our businesses. Vision systems are similar to each other, from biological creatures like us to hardware we have been using for decades. Those vision systems consist of three elements. The first two are the brain's receptors for accessing light, the eyes' ability to capture it, and the visual cortex's role in processing it. The engineered and balanced components of a system that aid in our understanding is the foundation of this vision system. So after we understand the vision, let's explain what image recognition is. Image recognition is a sub category of Computer Vision and Artificial intelligence and represents a set of methods for detecting and analyzing images to enable the automation of a specific task. This technology allows us to analyze every type of image for executing different tasks or analyzing datasets.

Nowadays, image recognition is being used in different sectors for different purposes; for example, in e-commerce, brands use this technology for personalized searches or customer analytics. When we look at the medical sector, there are usage are as like spotting broken bones or analyzing diseases. We observe even more advanced systems like autonomous vehicles in the transportation sector. Those vehicles are using image recognition and machine learning at quite superior levels; all the processing and responding actions have to be done in less than milliseconds.

Now let's make a deep dive into the different application areas, sectors, and benefits of those technologies. We will go through a different usage area with every header.

Image recognition in the Automobile Industry

For the last few decades, we have seen a lot of sci-fi movies that involve self-driving cars around the cities. Maybe it was just an imaginary technology till the last few years; however, with the help of artificial intelligence and image recognition, now our civilization is close to this idea as it has never been. The technology giants like Google,Tesla, General Motors, and Apple already have several prototypes available.These businesses have made significant investments in autonomous vehicle technology to date, with Uber's self-driving cars valued at $7.25 billion. Those cars are much better than ours and are more likely to prevent crashes, and are significantly more effective. Due to their features of communicating with each other, those vehicles can make better route optimization, and better resource allocation will hopefully alleviate urban traffic.

When it comes to the surveillance and security industry, image recognition plays a lead role. There are cameras nearly everywhere around us these days. They are being used for recognizing faces, IDs, licenses, plates, and documents. Since security means keeping intruders outside of private properties, approving an employee's authorization to enter restricted areas, or even identifying crime, all of these actions intersect with image recognition technology and its derivatives. Security systems are also not new. They have been in our lives for over 30 years. However, their main problem is being primitive.Those systems rely on motion sensors or heat sensors, but that hardware mostlytriggers themselves falsely because they do not have the ability to recognize if it is the owner that comes inside of the property or a squirrel. Imagine notbeing in need of carrying your keys to your property or not having to check who is at the door. Just define the person who has authorization to trespass andjust be warned when something unusual is happening. Wouldn't it save time and give a feeling of security?

At first thought, the game industry would probably not come to mind when I said 'image recognition. However, the technology involves more than what we presume. Different image recognition solutions have been used for analyzing game interface and experience. Enhancements are being made for those with the help of artificial intelligence and image recognition. Also Chinese game industry giant has started a new procedure for the new singing gamers, the application process obliges the user to upload their photo, and an image recognition system co-working with artificial intelligence instantly predicts the user's age and bans the player from the game if age compliances are not covered.

Image recognition technology is also finding a lot of playing field itself in the medical industry. This is definitely one of the fascinating applications of those systems. Their main field of usage is medical image analysis, and so far, researchers have shown us amazing precision results. Since their studies involve a lot of images, radiology is the field that uses this technology the most. Today, we are seeing many cases where deep learning algorithms and image classification applications out perform human radiologists and become a part of healthcare. Since diagnosing only image recognition is not enough, deep learning algorithms play one of the lead roles too. Deep learning, as we know,is fed from data; as the data taught to the algorithm increases, the prediction success of the algorithm also increases. For a long time, scientists have uploaded millions of images of x-rays and diagnoses. The system has reached such a point that one of the solutions of an Australian image recognition and artificial technology company called 'Enlitic' proved that their software was 50% more accurate in diagnosing a lung tumor as malignant compared to a panel of radiologists. Other firms are also working on diagnosing tumors, broken bones, or fractured muscles. Everything that a doctor from an image can diagnose is going to be possible to diagnose byan image recognition system and AI.

This does not end with it; social media giant Facebook has started a new feature for blind or visually impaired people. Since social media is mainly about visuals and sounds, those people were literally isolated from those platforms; however, Facebook's new application combines its facial recognition, picture categorization, and automatic alternative text technologyto provide not only a precise description of the contents of a photo but also a list of everyone who is actually in it, even if they aren't tagged. Incredible and exciting news keeps coming with this industry every day, and it is such a joy to witness this.

E-commerce and social media are the sectors that have had their share of image recognition. E-commerce is all about searching and advertising; thus, image recognition can benefit them both. Image recognition and deep learning are being used in e-commerce for personalized searches, customer analytics, conversion enhancement, etc.Data means power these days, and e-commerce giants collect data from all our shopping behaviors with the help of data coming from image recognition. The firms are shaping their marketing strategies or creating insights for their campaigns.

Social media also benefits a lot from image recognition. Facebook and Instagram are also great examples of that. Once the user tags someone in a photo, the image recognition system analyzes the person, and their data is held in the database. After that, everytime the user starts the process of uploading a picture containing that person,the image recognition system instantly analyses this person and matches him/her with the database, then shows up as a suggestion to tag that person. Companies are taking it one step further and starting to analyze their brand logos in pictures to identify potential or existing customers. This is opening an endless space for marketing activities.

Image recognition in the Retail Industry

Image recognition also came up for the retail industry with a brilliant area to use. With the brand new technology called a visual mirror, when the customer goes inside a store and likes a cloth, without having to go into the dressing room and change his/her clothes. Just pics the cloth from a tablet and then goes in front of the visual mirror. Firstly, the camera on top of the visual mirror takes a picture of the customer, then analyzes their body shape and puts the chosen cloth on. This application is now coming for online shoppers too. By using the cam on the pc or any device, the picture of the customer wearing this cloth can be seen in seconds. This outstanding feature also has shown a significant decrease in refunds, and people are now able to see if the cloth is like what they imagine and see if itwould look good on them. This decrease in refunds helps businesses save a lot of money from unnecessary shipment fees and makes them release less carbon into the air.

So to sum it all up, image recognition technology is definitely on the rise in the last few years. Their applications are countless and exist in different ways in nearly every sector out there. Even though this fascinating technology has been on the market since the 1980s, it was not easy or cheap to reach. However, with the help of platforms like Cameralyze, this technology is literally one click away, with pretty affordable subscription models and not requiring any new hardware like cameras or new processors. Thanks to its no-code interface, implementing those systems does not require coding knowledge. The system can beused to analyze customers, products, or whatever you need it to. So sign up for free now from here and start using the benefits of Cameralyze just in seconds. With the spread of the use of those systems, businesses and our daily lives will become more efficient than ever.